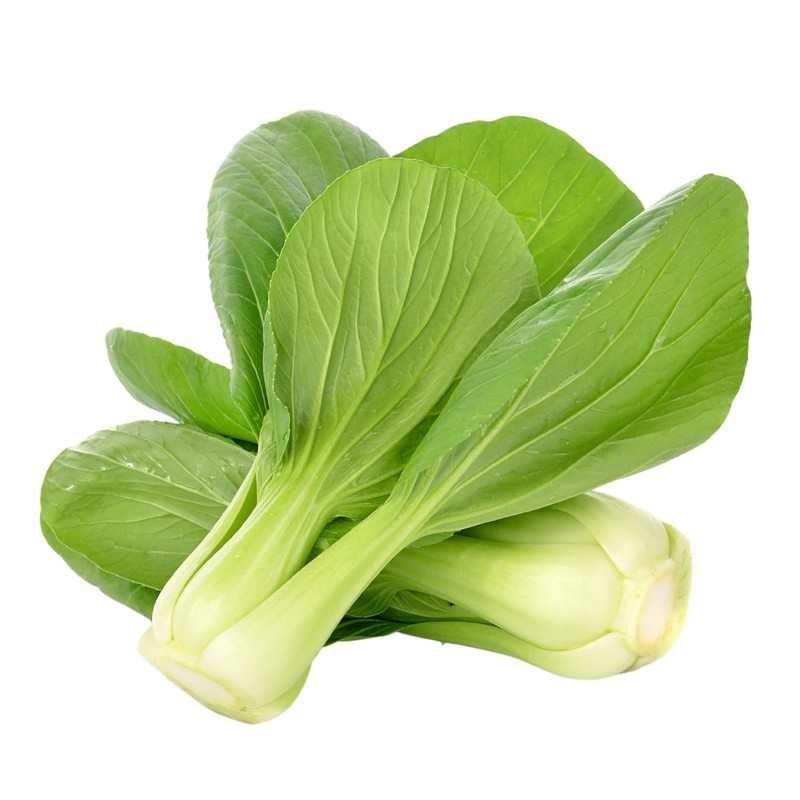 Bok choy (American English, Canadian English, and Australian English), pak choi (British English), or pok choi (Brassica rapa subsp. chinensis) is a type of Chinese cabbage, used as food. Chinensis varieties do not form heads and have green leaf blades with lighter bulbous bottoms instead, forming a cluster reminiscent of mustard greens. It has a flavor between spinach and water chestnuts but is slightly sweeter, with a mildly peppery undertone. The green leaves have a stronger flavor than the white bulb.[2]

Chinensis varieties are popular in southern China, East Asia, and Southeast Asia. Being winter-hardy, they are increasingly grown in Northern Europe. Now considered a subspecies of Brassica rapa, this group was originally classified as its own species under the name Brassica chinensis by Carl Linnaeus.[citation needed] They are a member of the family of Brassicaceae or Cruciferae, also commonly known as the mustards, the crucifers, or the cabbage family.

Pak choi cooks in 2 to 3 minutes by steaming, stir-frying, or simmering in water (8 minutes if steamed whole). The leaves cook more quickly than the stem. It is used in similar ways to other leafy vegetables such as spinach and cabbage.[7]

Bok choy contains glucosinolates. These compounds have been reported to prevent cancer[citation needed] in small doses, but, like many substances, can be toxic to humans in large doses, particularly to people who are already seriously ill. In 2009, an elderly diabetic woman who had been consuming 1 to 1.5 kilograms (2 lb 3 oz to 3 lb 5 oz) of raw bok choy per day in an attempt to treat her diabetes developed hypothyroidism for reasons relating to her diabetes,[citation needed] resulting in myxedema coma.[8] According to the case study published by her treating physicians, raw bok choy releases an enzyme which can inhibit the uptake of iodine when eaten in large amounts over extended periods.[9]

Bok choy evolved in China, where it has been cultivated since the 5th century AD.