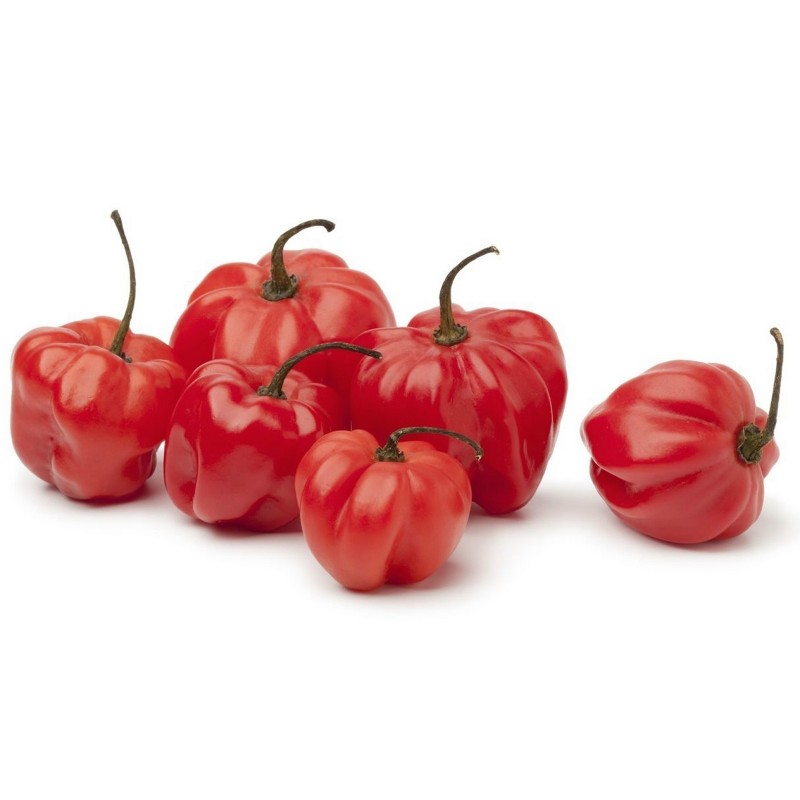 One of the all time classic chillies. There are many different strains of this classic, this being from the Island of Trinidad. Good Heat, Great Flavour, always a great grower. The Scotch Bonnet is not the same chilli as the Habanero they are of the same species but the Scotch Bonnet is not a Cultivar. The Scotch Bonnet has a different shape - one which closely resembles a Scot's bonnet - so it is very easy to differentiate the two. It grows mainly in the Caribbean islands while the Habanero grows mainly in Latin and North American. The flavour of the two, however, is very similar as is their heat Level. The Scotch Bonnet Red is 1 to 1-1/2 inches in diameter, is irregularly shaped. Some say the flavour is even more tropical and fruity than the Habanero. It is great for salsas and sauces. (Capsicum Chinense).