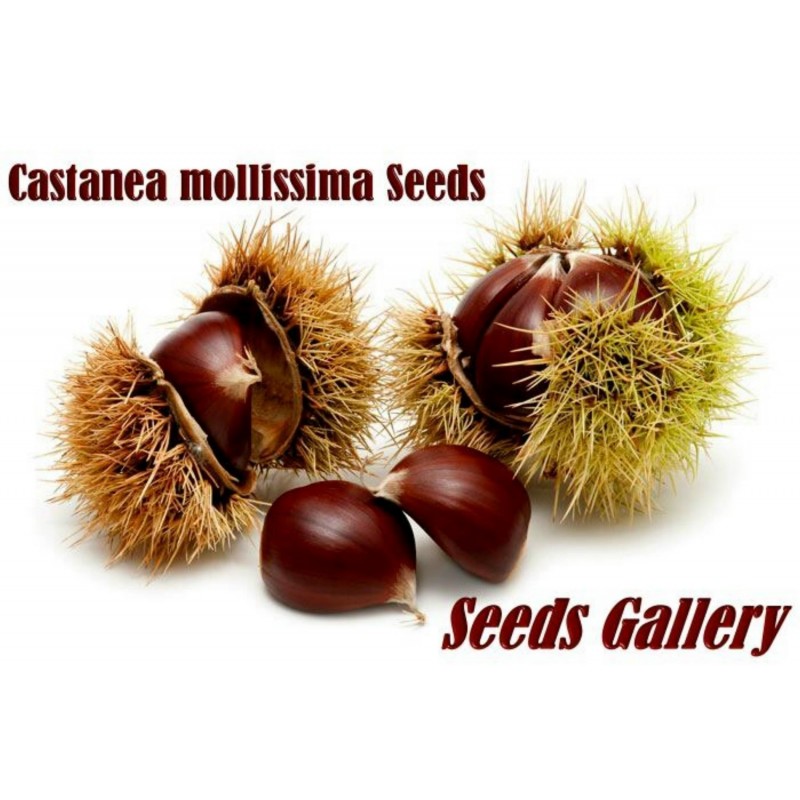 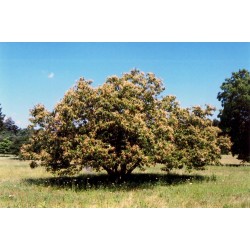 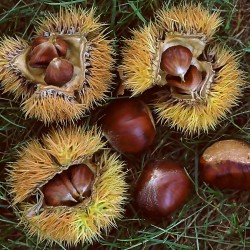 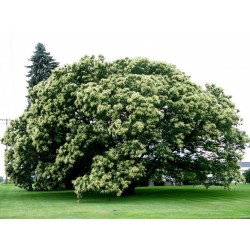 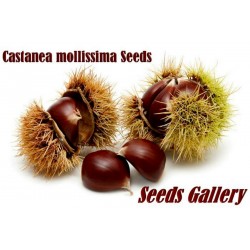 Castanea mollissima (Chinese: 板栗; pinyin: bǎnlì), also known as Chinese chestnut, is a member of the family Fagaceae, and a species of chestnut native to China, Taiwan, and Korea. It is a deciduous tree

Castanea mollissima (Chinese: 板栗; pinyin: bǎnlì), also known as Chinese chestnut, is a member of the family Fagaceae, and a species of chestnut native to China, Taiwan, and Korea.

It is a deciduous tree growing to 20 m tall with a broad crown. The leaves are alternate, simple, 10–22 cm long and 4.5–8 cm broad, with a toothed margin. The flowers are produced in catkins 4–20 cm long, with the female flowers at the base of the catkin and males on the rest. The fruit is a densely spiny cupule 4–8 cm diameter, containing two or three glossy brown nuts; these are 2–3 cm diameter on wild trees. The scientific name mollissima derives from the softly downy shoots and young leaves.

Naturally an understory tree, Chinese chestnut has been cultivated in East Asia for millennia and its exact original range cannot be determined. In the provinces of Anhui, Fujian, Gansu, Guangdong, Guangxi, Guizhou, Hebei, Henan, Hubei, Hunan, Jiangsu, Jiangxi, Liaoning, Nei Mongol, Qinghai, Shaanxi, Shandong, Shanxi, Sichuan, Xizang, Yunnan, and Zhejiang, and also to Taiwan and Korea. It grows close to sea level in the north of its range, and at altitudes of up to 2,800 m in the south of the range. The species prefers full sun and acidic, loamy soil, and has a medium growth rate.

Chinese chestnuts have evolved over a long period of time in coexistence with the bark fungal disease chestnut blight (Cryphonectria parasitica, formerly Endothia parasitica), and have evolved a very successful resistance to the blight, probably more so than any other species of chestnut, so that, although it is not immune, it typically sustains no more than minor damage when infected. It's important to realize, though, that Chinese chestnut trees vary considerably in blight resistance. Some individuals are quite susceptible while others are essentially immune to the disease.[4] Japanese chestnut is also comparatively resistant to blight, with European chestnut somewhat less so. In the 1890s, Chinese and Japanese chestnuts were imported to the United States with the intention of utilizing them as orchard trees due to their small, compact size compared to the towering American chestnut. The results unfortunately were disastrous as the imported Asian species introduced blight to which C. dentata lacked any resistance. The disease was first noticed on a tree in the Brooklyn Zoo in 1902 and quickly spread all out of control, ravaging American chestnuts. Within 30 years, there were very few left in their native range. An active program has been pursued in North America to cross-breed the Chinese and American chestnuts to try to maximize various desirable traits of the American chestnut, such as larger stature, larger leaf size, larger nut size, and greater nut sweetness, while also isolating and carrying the blight resistance from the Chinese chestnut.

The nuts are edible, and the tree is widely cultivated in eastern Asia; over 300 cultivars have been selected for nut production, subdivided into five major regional groups: Northern, Yangtze River Valley, Sichuan and Guizhou, Southern, and Southwestern. Besides that, the Dandong chestnut (belonging to the Japanese chestnut – Castanea crenata) is a major cultivar in Liaoning Province.[6] Some cultivars, such as 'Kuling', 'Meiling', and 'Nanking', have large nuts up to 4 cm diameter. The nuts are sweet, and considered by some to have the best taste of any chestnut,[7] though others state they are not as good as the American chestnut.[8] The nuts also provide a significant food source for wildlife.

Price €2.55
Giant White Pumpkin Seeds Lumina (Cucurbita maxima) Price for Package of 5 seeds. Lumina was on of the first white pumpkins to reach the market....
Seeds in pack - 5
SKU: P 169 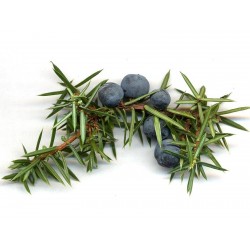 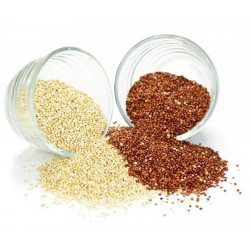 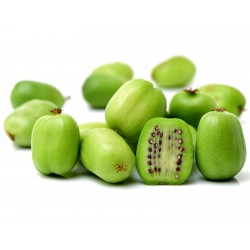 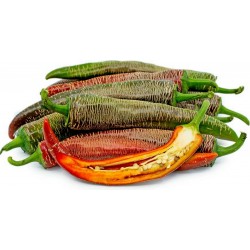