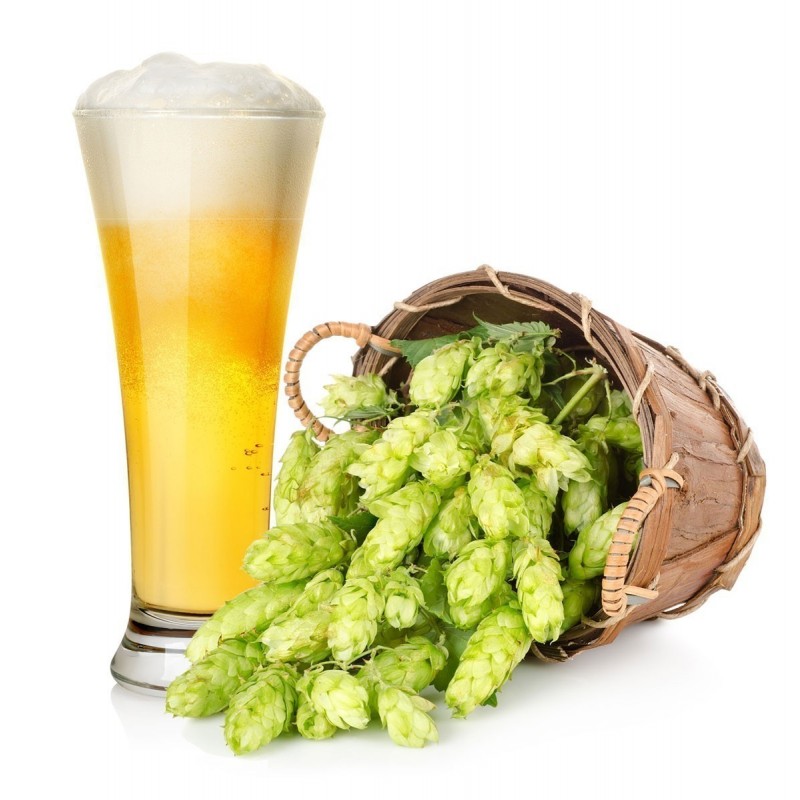 People find hops exotic and sexy. Perhaps this is because of their close relationship to Cannabis. Aside from being used to flavor beer, Humulus lupulus (Hops) have a long history of herbal use among

People find hops exotic and sexy. Perhaps this is because of their close relationship to Cannabis. Aside from being used to flavor beer, Humulus lupulus (Hops) have a long history of herbal use among the Native Americans, mainly because of the soothing, sedative, tonic and calming effect on the body and the mind. Humulus lupulus contains asparagin, a diuretic; antibacterial agents humulone and lupulone; lupulin, a mild sedative/hypnotic. It is believed to be an aphrodisiac for men. Hop flowers were most often used as an infusion, but the flowers were also smoked. The fruit was applied externally as a poultice to ulcers, boils, swellings, etc. The female flowering heads were harvested in the autumn and used fresh or dried. The flowering heads are sprinkled with yellow translucent glands, which appear as a granular substance. Much of the hop's use as a flavoring and medicinal plant depends on the abundance of this powdery substance. The hop plant is a vine. It needs a similar structure for support as a grape plant. Even if you do not grow them for beer they make an excellent ornamental plant. Hardy in zones 4-9. Easy to grow!

Humulus lupulus (common hop or hop) is a species of flowering plant in the Cannabaceae family, native to Europe, western Asia and North America. It is a dioecious, perennial, herbaceous climbing plant which sends up new shoots in early spring and dies back to a cold-hardy rhizome in autumn. Strictly speaking it is a bine rather than a vine, using its own shoots to act as supports for new growth.

H. lupulus is a main ingredient of many beers, and as such is widely cultivated for use by the brewing industry (for more information, see the main article on hops). The fragrant flower cones impart bitterness and flavor, and also have preservative qualities.[1] H. lupulus contains myrcene, humulene, xanthohumol, myrcenol, linalool, tannins, and resin.