This product cannot be bought and paid with PayPal 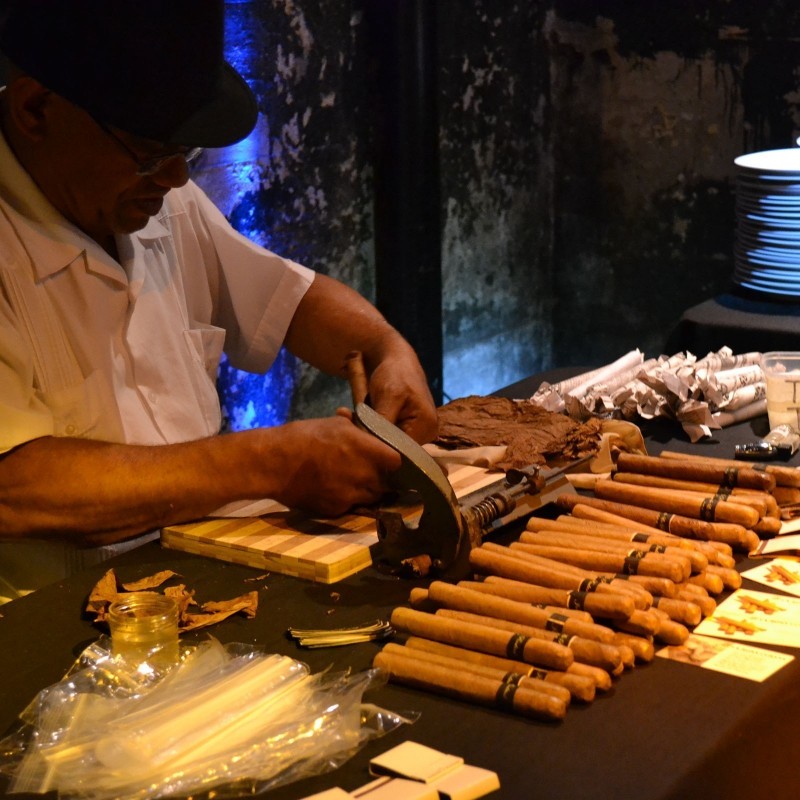 Corojo is a type of tobacco, primarily used in the making of wrappers for cigars. The variety was originally grown in the Vuelta Abajo region of Cuba but is today grown exclusively in the Jamastran valley o

Corojo is a type of tobacco, primarily used in the making of wrappers for cigars. The variety was originally grown in the Vuelta Abajo region of Cuba but is today grown exclusively in the Jamastran valley of Honduras and in the United States in Western Kentucky.

Black Patch Cigar Co. Founder Eric McAnallen is having the Kentucky propagated Corojo, Kenbano(TM) seed planted for the 2011/2012 Dominican harvest after successfully growing this tobacco varietal in Western Kentucky since 2007. Two different growing areas, soil "signatures" in the Cibao valley have been identified for cultivation. The two areas where the Kenbano seed is being raised are Pinuela and Navarrete. The Navarrete soil matrix mirrors the soil of Vuelta Abajo, Cuba. Historically Navarrete has been ideal for Cuban heirloom seed success in the Dominican Republic. Pinuela has similar success with a soil analysis comparable to Pinar, Cuba. These soil components produce a robust growth in leaf yield per stalk and exhibit a peppery spice in flavor.

Corojo was used extensively as a wrapper for many years on Cuban cigars, with the tobacco's spicy "punch" becoming a commonly associated trademark of the country's tobacco products.[1] Indeed, between the 1930s and the 1990s all Cuban cigars, regardless of brand or factory, made use of Corojo wrappers.[1] However, the variety's susceptibility to various diseases, including blue mold and black shank disease caused Cuban agronomists to search for a more hearty and reliable alternative.

Cuban genetic engineers ultimately developed various hybrid forms that would not only be disease-resistant, but would also display excellent wrapper qualities.[2] Today no pure Corojo is grown in Cuba, the last harvest taking place there during the 1996/97 agricultural year.

Use of Corojo today

Today, both hybrid and pure strains of Corojo are used in the production of cigars. Most of the pure Corojo leaf is currently grown in Honduras' Jamastran Valley, while the hybrid varieties are more widely grown and used.