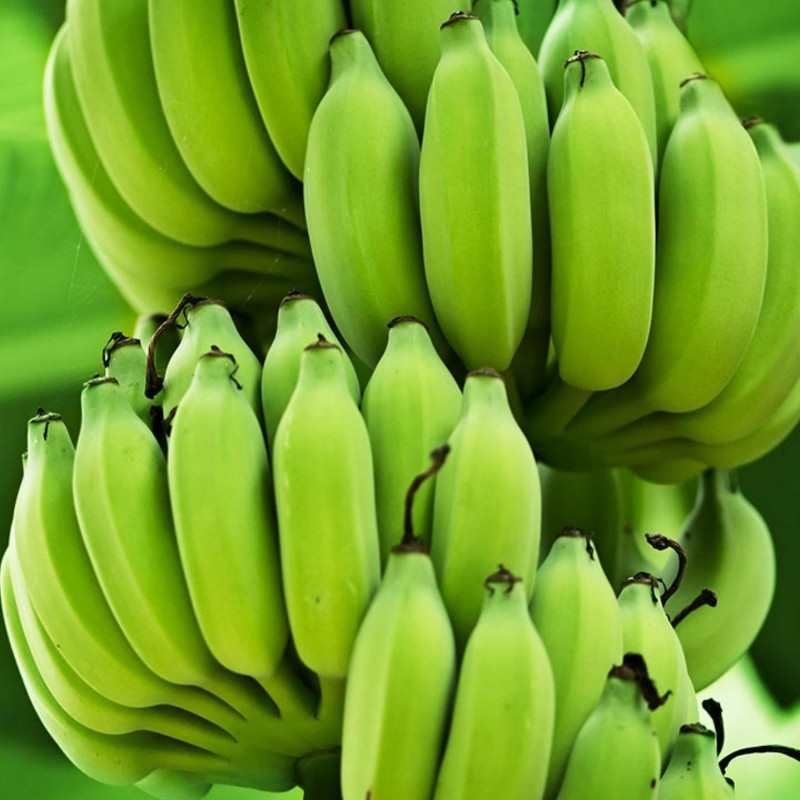 The blood banana is a subspecies of the wild banana species Musa acuminata, one of the two ancestors of modern edible bananas. They were once classified as separate species under the now invalid names (synonyms) Musa zebrina and Musa sumatrana. They were also sometimes incorrectly classified as cultivars.

Blood bananas are also known as the red banana tree though it should not be confused with the red banana cultivar. Other common names in English include seeded red banana, Sumatra ornamental banana, and maroon-variegated banana plant. They are also known as banano rojo in Spanish, ゼブリナバナナ (zeburina banana) in Japanese, กล้วยมะนี (kluai ma ni) in Thai, and chuối kiểng in Vietnamese.

Blood bananas are native to Java, Indonesia. They are notable for being one of the earliest banana subspecies to be spread by humans out of Southeast Asia. Introduced eastward to Africa, it became the ancestors for the genetically distinct and commercially important East African Highland bananas (Mutika/Lujugira subgroup of the AAA group).

It is probably the only seeded banana to ever be introduced into Hawaii before European contact. It is known as the Mai'a 'Oa in Hawaiian, though the name is also applied to the species Musa balbisiana which was introduced later on.