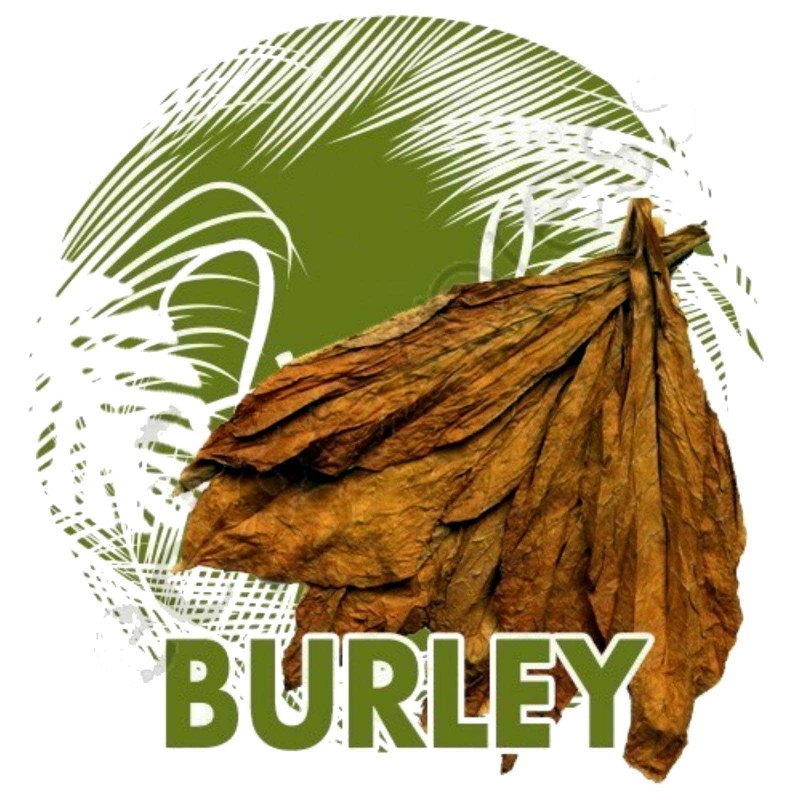 Burley tobacco is a light air-cured tobacco used primarily for cigarette production. In the United States it is produced in an eight-state belt with approximately 70% produced in Kentucky. Tennessee produces

The origin of White Burley tobacco was credited to a Mr. Webb in 1864, who grew it near Higginsport, Ohio, from seed from Bracken County, Kentucky. He noticed it yielded a different type of light leaf shaded from white to yellow, and cured differently. By 1866, he harvested 20,000 pounds of Burley tobacco and sold it in 1867 at the St. Louis Fair for $58 per hundred pounds. By 1883, the principal market for this tobacco was Cincinnati, but it was grown throughout central Kentucky and Middle Tennessee. In 1880 Kentucky produced 36 percent of the total national tobacco production, and was first in the country, with nearly twice as much tobacco produced as by Virginia, then the second-place state.[1] Later the type became referred to as burley tobacco, which is air-cured.

In the U.S., burley tobacco plants are started from pelletized seeds placed in polystyrene trays floated on a bed of fertilized water in March or April. Transplanting begins in May and progresses through June with a small percentage set in July. Producers must contend with major diseases such as black shank and blue mold and insects like aphids, hornworms and budworms. Plants are topped by removing the developing flower head at approximately 60 days from transplanting, and treated to prevent the growth of side shoots called suckers. Topping allows energy that would have produced a bloom to promote leaf expansion. At approximately four weeks after topping, the tobacco is stalk cut, using a knife that is shaped like a tomahawk. Each plant is speared, spiked or spudded (the terminology depending on the geographic location) onto a stick topped by a metal spear, spike or spud that fits over the stick. Each stick will contain five or six stalks.

Sticks of green-cut tobacco are most often allowed to field wilt for three or four days prior to hanging in a barn. Tobacco is allowed to air cure for eight or more weeks, turning from the normal pale green to yellow and then to brown. Burley that cures too quickly will retain some of the yellow pigments, as well as chemicals that normally break down with a slower cure. The quality achieved by U.S. burley producers is primarily due to natural curing conditions. Once fully cured burley is taken down, sticks are removed and leaves are stripped from the plant into grades by stalk position. Leaves are baled by grade and taken to a receiving station run by a tobacco manufacturer or leaf dealer.
Sowing:
Seeds should be surface sown in fertile, well-draining loam in full sun.  The soil should be deeply tilled.  They are best off being direct sown after any danger of frost or sown in trofts outside and transplanted to the ground when about two inches tall.  They can also be started indoors for an early start.  This also helps prevent them from being carried away by the wind or water.  Tabacum is considered a perennial in warmer climates, but can be grown elsewhere as an annual.  Thin plants to about two feet apart, and cut off the flowering tops to increase leaf size.  Flowering requires 14 hours of daylight to begin.  Remove dead flowers to encourage new ones to emerge. Regular fertilization is recommended.  Germination typically takes 10-20 days.
D 3 (50 S)
496 Items