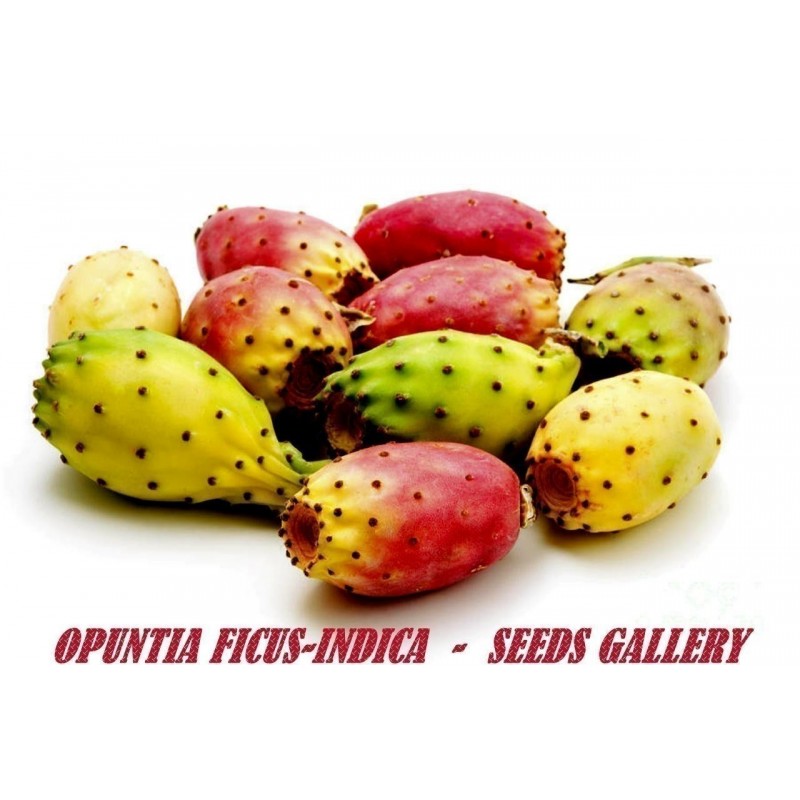 Opuntia ficus-indica is a domesticated cactus that has been used for food for at least 9000 years. The plant’s edible uses have been tied to the Christopher Columbus and the Mayan Indians. Also known as

Opuntia ficus-indica is a domesticated cactus that has been used for food for at least 9000 years. The plant’s edible uses have been tied to the Christopher Columbus and the Mayan Indians. Also known as prickly pears or tunas, the fruits have a sweet taste somewhat resembling watermelon. The name ficus, which means fig, also has to do with the plant’s fruit. But this has created some controversy because it is not actually a fig. The pads are also eaten as a vegetable that can be made into cactus salad, added to omelets, and more.

While the pads of various opuntia species are used for this purpose, ficus-indica is the most popular. These edible uses make opuntia somewhat of a saving grace for arid areas because it allows crop production in an environment that would otherwise be unsuitable. Accordingly, ficus-indica is one of Mexico's most important exports, ranking among tequila and corn. Along with being a food source, this species has a number of medicinal uses including everything from treatment of enlarged prostate to treatment of colitis and irritable bowel syndrome to being a hangover cure (see link below).

The cactus does have one drawback. Its spines take the form of fine hairs, which can seem harmless, but they act much like hairy splinters in the skin that will work themselves in deeply if allowed to.

Growing Information:  This species can tolerate much colder conditions than most cacti. It is considered hardy to at least zone 9. Flowering from June through September, the flowers are hermaphrodite, relying on insects for pollination. This species requires a well-drained, preferably sandy soil with a relatively neutral PH. A commercial cactus potting soil will work well. Seeds can be sown directly outdoors in a garden bed or started in pots and transplanted outdoors. The fruit contains germination inhibitors, so soaking the seeds and changing the water regularly may be beneficial. Prior to your soak, rub them on some sandpaper so the water can penetrate the seed coat. so your seeds will produce a cross if you allow it to flower with other species of opuntia. The pads can be pulled off your plants and rooted simply by burying them halfway in the soil.