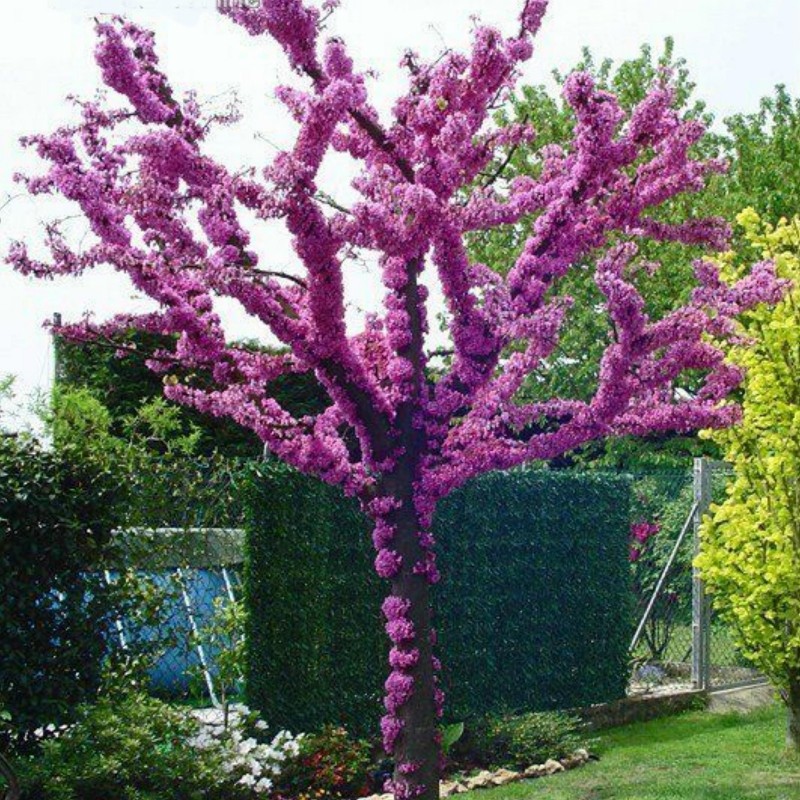 Cercis siliquastrum, commonly known as the Judas tree, is a small deciduous tree from Southern Europe and Western Asia which is noted for its prolific display of deep pink flowers in spring. This species forms

Cercis siliquastrum, commonly known as the Judas tree, is a small deciduous tree from Southern Europe and Western Asia which is noted for its prolific display of deep pink flowers in spring.

This species forms a small tree up to 12 meters in height and 10 meters in width.

The deep pink flowers are produced on year-old or older growth, including the trunk in late spring (cauliflory). The leaves appear shortly after the first flowers emerge. These are heart-shaped with a blunt apex, which occasionally has a shallow notch at the tip. The tree produces long flat pods that hang vertically. The flowers are edible and purportedly have a sweet-acid taste.

The species was first described by Linnaeus in 1753 and he gave it the specific epithet of siliquastrum which is derived from the Latin word siliqua, meaning "pod".[2] The generic name comes from the Greek kerkis, a "shuttle", which refers to the resemblance shown to this weaver's tool by the flat, woody seedpods.

There is a long-standing myth that Judas Iscariot hanged himself from a tree of this species. This belief is related to the common name "Judas Tree" which is possibly a corrupted derivation from the French common name, Arbre de Judée meaning tree of Judea, referring to the hilly regions of that country where the tree used to be common. Another possible source for the vernacular name is the fact that the flowers and seedpods can dangle directly from the trunk in a way reminiscent of Judas' suicide.

The flowers are pollinated by bees, attracted by nectar. Pollen from the protruding stamens is deposited on the bee's body and carried to another flower's stigma.