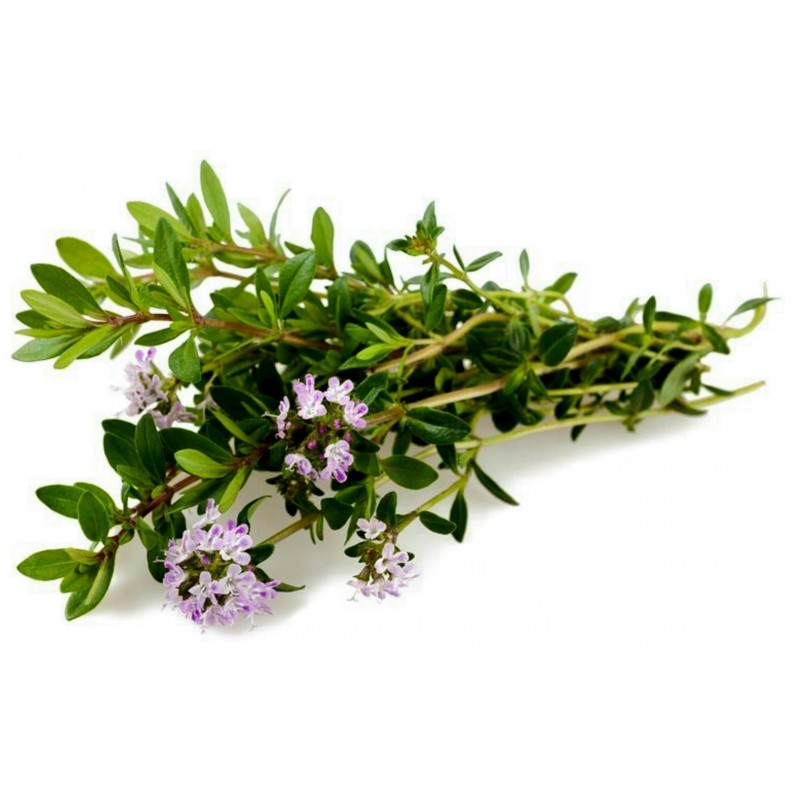 Summer savory (Satureja hortensis) is the better known of the savory species. It is an annual, but otherwise is similar in use and flavor to the perennial winter savory. It is used more often

Summer savory (Satureja hortensis) is the better known of the savory species. It is an annual, but otherwise is similar in use and flavor to the perennial winter savory. It is used more often than winter savory, as winter savory is thought to have a slightly more bitter flavor.

This herb has lilac tubular flowers that bloom in the northern hemisphere from July to September.

Summer savory is a traditional popular herb in Atlantic Canada, where it is used in the same way sage is elsewhere. It is the main flavoring in dressing for many fowl, mixed with ground pork and other basic ingredients to create a thick meat dressing known as "cretonade", which may be eaten with turkey, goose and duck. It also is used to make stews such as fricot, and in meat pies. It is usually available year-round in local grocery stores in dried form and is used in varying proportions, sometimes added to recipes in large generous heaping spoonfuls (such as in cretonade), and sometimes more subtly (as in beans, for which savory has a natural affinity). Summer savory is a characteristic ingredient of herbes de Provence, a fairly standard mixture of dried herbs sold in most French food stores. It is also widely used as a seasoning for grilled meats and barbecues, as well as in stews and sauces.

Summer savory is preferred over winter savory for use in sausages because of the sweeter, more delicate aroma. It plays an important role in Bulgarian cuisine (the herb is called chubritsa, in Cyrllic чубрица, in Bulgarian), providing a strong and pungent flavor to the most simple and the most extravagant of dishes. Instead of salt and pepper, a Bulgarian table will have three condiments: salt, paprika and savory. When these are mixed it is called sharena sol (colorful salt).

Summer savory is called cimbru in Romanian and is used in Romanian cuisine, especially in Sarmale (stuffed cabbage or grape leaf rolls).

Summer Savory is raised from seeds, sown early in April, in shallow drills, 9 inches or a foot apart. Select a sunny situation and thin out the seedlings, when large enough, to 6 inches apart in the rows. It likes a rich, light soil.

The seeds may also be sown broadcast, when they must be thinned out, the thinned out seedlings being planted in another bed at 6 inches distance from each other and well watered. The seeds are very slow in germinating.

The early spring seedlings may be first topped for fresh use in June. When the plants are in flower, they may be pulled up and dried for winter use.