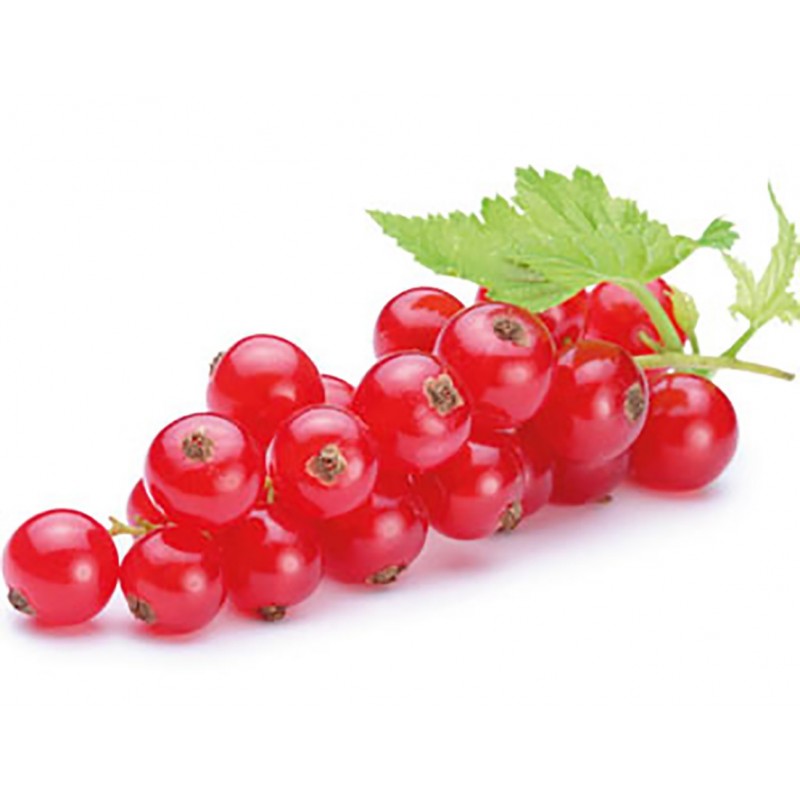 The redcurrant (or red currant), Ribes rubrum, is a member of the genus Ribes in the gooseberry family Grossulariaceae, native to parts of western Europe (Belgium, France, Norway, Sweden

The redcurrant (or red currant), Ribes rubrum, is a member of the genus Ribes in the gooseberry family Grossulariaceae, native to parts of western Europe (Belgium, France, Norway, Sweden, Germany, Netherlands, northern Italy, northern Spain, Portugal and Poland). It is a deciduous shrub normally growing to 1–1.5 m (3-5 feet) tall, occasionally 2 m (6.5 feet), with five-lobed leaves arranged spirally on the stems. The flowers are inconspicuous yellow-green, in pendulous 4–8 cm (1.5-3 inch) racemes, maturing into bright red translucent edible berries about 8–12 mm (.3-.8 inch) diameter, with 3–10 berries on each raceme. An established bush can produce 3–4 kilos (6.5-9 lbs) of berries from mid to late summer.

While Ribes rubrum and R. nigrum are native to northern and eastern Europe, large berried cultivars of the redcurrant were first produced in Belgium and northern France in the 17th century. In modern times, numerous cultivars have been selected; some of these have escaped gardens and can be found in the wild across Europe and extending into Asia.

The white currant is also a cultivar of Ribes rubrum.[2] Although it is a sweeter and albino variant of the redcurrant, it is not a separate botanical species and is sometimes marketed with names such as Ribes sativum or Ribes silvestre, or sold as a different fruit.

Currant bushes prefer partial to full sunlight and can grow in most types of soil.[2] They are relatively low-maintenance plants and can also be used as ornamentation.

With maturity, the tart flavour of redcurrant fruit is slightly greater than its blackcurrant relative, but with the same approximate sweetness. The albino variant of redcurrant, often referred to as white currant, has the same tart flavour but with greater sweetness. Although frequently cultivated for jams and cooked preparations, much like the white currant, it is often served raw or as a simple accompaniment in salads, garnishes, or drinks when in season.

In the United Kingdom, redcurrant jelly is a condiment traditionally served with lamb in a Sunday roast. It is essentially a jam and is made in the same way, by adding the redcurrants to sugar, boiling, and straining.

In France, the highly rarefied and hand-made Bar-le-duc or Lorraine jelly is a spreadable preparation traditionally made from white currants or alternatively red currants.

In Scandinavia and Schleswig-Holstein, it is often used in fruit soups and summer puddings (Rødgrød, Rote Grütze or Rode Grütt). In Germany it is also used in combination with custard or meringue as a filling for tarts. In Linz, Austria, it is the most commonly used filling for the Linzer torte.[4] It can be enjoyed in its fresh state without the addition of sugar.

In German-speaking areas, syrup or nectar derived from the red currant is added to soda water and enjoyed as a refreshing drink named Johannisbeerschorle. It is so named because the redcurrants (Johannisbeeren, "John's berry" in German) are said to ripen first on St. John's Day, also known as Midsummer Day, June 24.

In Russia, redcurrants are ubiquitous and used in jams, preserves, compotes and desserts; while leaves have many uses in traditional medicine.