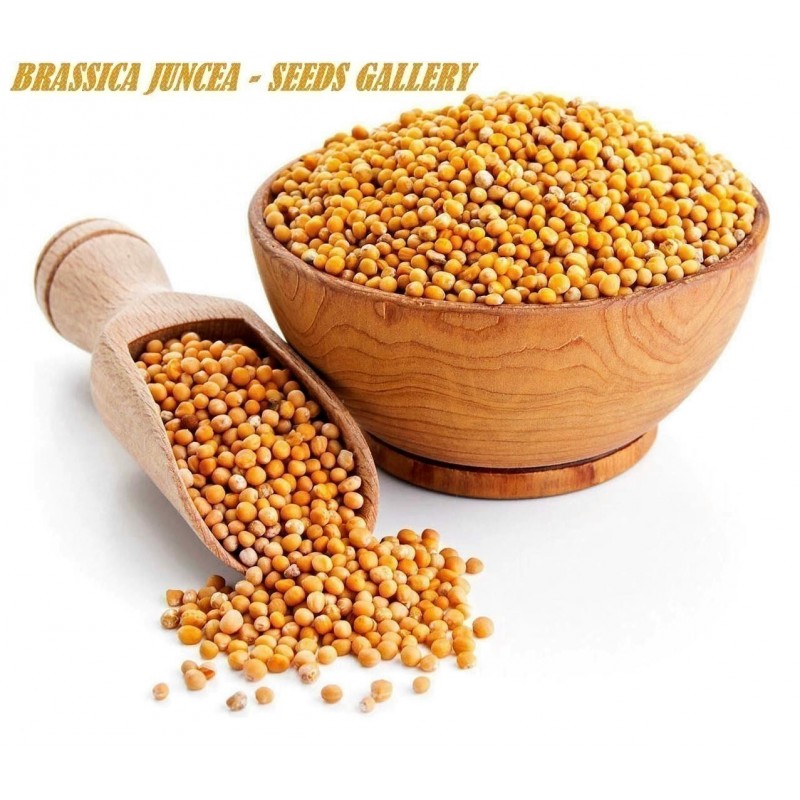 Brassica juncea, mustard greens, Indian mustard, Chinese mustard, or leaf mustard is a species of mustard plant. Subvarieties include southern giant curled mustard, which resembles a headless cabbage such as kale, but with a distinct horseradish-mustard flavor. It is also known as green mustard cabbage.

The leaves, the seeds, and the stem of this mustard variety are edible. The plant appears in some form in African, Italian, Indian, Chinese, Japanese, Korean, and soul food cuisine. Cultivars of B. juncea are grown as greens, and for the production of oilseed. In Russia, this is the main variety grown for production of mustard oil, which after refining is considered[according to whom?] one of the best vegetable oils around and is widely used in canning, baking and margarine production; and the majority of table mustard there is also made from this species of mustard plant.

The leaves are used in African cooking, and leaves, seeds, and stems are used in Indian cuisine, particularly in mountain regions of Nepal, as well as in the Punjab cuisine of India and Pakistan, where a famous dish called sarson da saag (mustard greens) is prepared. B. juncea subsp. tatsai, which has a particularly thick stem, is used to make the Indian pickle called achar, and the Chinese pickle zha cai. The mustard made from the seeds of the B. juncea is called brown mustard. The leaves (raai in Gujarati) are used in many Indian dishes.

The Gorkhas of Darjeeling and Sikkim prepare pork with mustard greens (also called rayo in Nepali). It is usually eaten with relish with steamed rice, but could also be eaten with chapati (griddle breads).

Brassica juncea is more pungent than the closely related Brassica oleracea greens (kale, cabbage, collard greens, et cetera), and is frequently mixed with these milder greens in a dish of "mixed greens", which may include wild greens such as dandelion. As with other greens in soul food cooking, mustard greens are generally flavored by being cooked for a long period with ham hocks or other smoked pork products. Mustard greens are high in vitamin A and vitamin K.

Chinese and Japanese cuisines also make use of mustard greens. In Japanese cuisine it is known as Takana and is often pickled and used as filling in onigiri or as a condiment. A large variety of B. juncea cultivars are used, including zha cai, mizuna, takana (var. integlofolia), juk gai choy, and xuelihong (雪里红 or 雪里蕻; var. crispifolia）. Asian mustard greens are most often stir-fried or pickled. A Southeast Asian dish called asam gai choy or kiam chai boey is often made with leftovers from a large meal. It involves stewing mustard greens with tamarind, dried chillies and leftover meat on the bone.

B. juncea can hyperaccumulate cadmium and many other soil trace elements. Specially cultured, it can be used as a selenium, chromium, iron and zinc food supplement.

Vegetable growers sometimes grow mustard as a green manure. Its main purpose is to act as a mulch, covering the soil to suppress weeds between crops. If grown as a green manure, the mustard plants are cut down at the base when sufficiently grown, and left to wither on the surface, continuing to act as a mulch until the next crop is due for sowing, when the mustard is dug in. In the UK, summer and autumn-sown mustard is cut down from October. April sowings can be cut down in June, keeping the ground clear for summer-sown crops.[citation needed] One of the disadvantages of mustard as a green manure is its propensity to harbor club root.

This plant is used in phytoremediation to remove heavy metals, such as lead, from the soil in hazardous waste sites because it has a higher tolerance for these substances and stores the heavy metals in its cells. The plant is then harvested and disposed of properly. This method is easier and less expensive than traditional methods for the removal of heavy metals. It also prevents erosion of soil from these sites preventing further contamination.