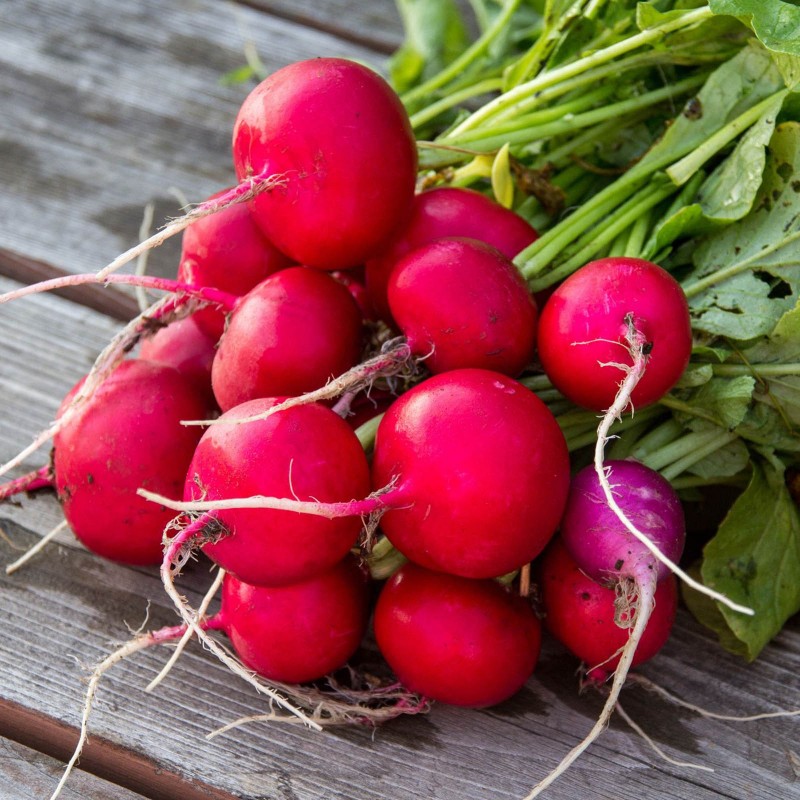 An early, sweet variety of radish producing brilliant red, round roots which will stay crisp over a long period. The radish (Raphanus sativus) is an edible root vegetable of the Brassicaceae family that was domesticated in Europe, in pre-Roman times.