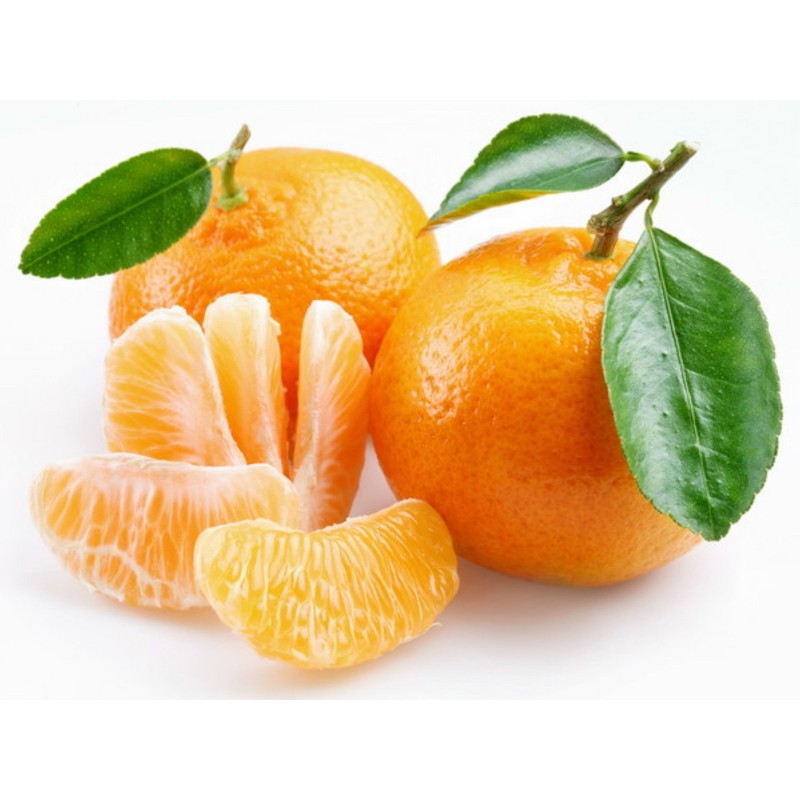 Cold-hardy citrus known for their red-orange fruits. They were once thought to be hybrids derived from oranges, but DNA evidence has established that the common orange is actually a hybrid between the mandarin and the pummelo.

Cold-hardy citrus known for their red-orange fruits. They were once thought to be hybrids derived from oranges, but DNA evidence has established that the common orange is actually a hybrid between the mandarin and the pummelo. Prized because their fruits are very sweet, easy to peel and nearly seedless, many mandarin varieties will produce fruit with seeds when they are grown near other mandarin cultivars.

Store them in polyethylene storage bags in the vegetable drawer of your refrigerator until you can plant them.
Fill the planting pots with sterile potting mix. Plant seeds 1/4 to 1/2 inch deep, then water thoroughly so soil is fully saturated; make sure any excess water drains easily, so soil is not soggy.
Place the pots in a warm, sunny window and keep the soil evenly moist until seeds germinate, usually in about two weeks.
Repot the seedling trees into larger pots when they are about 4 inches tall. Continue to "pot them up" into larger containers as trees grow. Plant them into your garden --- or a 20-gallon patio container --- when trees are 2 or 3 feet tall. Slowly acclimate them to outdoor growing conditions before transplanting or moving trees outdoors.

The Mandarin orange, also known as the mandarin or mandarine (both lower-case), is a small citrus tree (Citrus reticulata) with fruit resembling other oranges. Mandarin oranges are usually eaten plain or in fruit salads. Specifically reddish-orange mandarin cultivars can be marketed as tangerines, but this is not a botanical classification. When exporting began, local Mandarin oranges were named after their port of origin.

The tree is more drought-tolerant than the fruit. The mandarin is tender, and is damaged easily by cold. It can be grown in tropical and subtropical areas.

According to molecular studies,[2] the mandarin, the citron, the pomelo, and the papeda were the ancestors of all other citrus species and their varieties, through breeding or natural hybridization; mandarins are therefore all the more important as the only sweet fruit among the parental species.

Citrus fruits are usually self-fertile (needing only a bee to move pollen within the same flower) or parthenocarpic (not needing pollination and therefore seedless, such as the satsuma).

Blossoms from the Dancy cultivar are one exception. They are self-sterile, and therefore must have a pollinator variety to supply pollen, and a high bee population to make a good crop. The fruit is oblate.

In traditional Chinese medicine, the dried peel of the fruit is used in the regulation of ch'i, and also used to treat abdominal distension, to enhance digestion, and to reduce phlegm

Mandarins have also been used in ayurveda (traditional medicine of India).

The "Clemenules" (or "Nules", the Valencian town where it was bred) accounts for the great majority of clementines produced in the world. Spain alone has over 200,000 acres (800 km2), producing fruit between November and January. Mandarins marketed as tangerines are usually Dancy, Sunburst or Murcott (Honey) cultivars.

Mandarin oranges, particularly Satsumas from Japan, are a Christmas tradition in Canada, as well as the United States. They are commonly purchased in 5- or 10-pound boxes, individually wrapped in soft green paper, and given in Christmas stockings. This custom goes back to the 1880s, when Japanese immigrants began receiving Japanese mandarin oranges from their families back home as gifts for the New Year. The tradition quickly spread among the non-Japanese population, and Eastwards across the country: each November harvest, "The oranges were quickly unloaded and then shipped east by rail. 'Orange Trains' - trains with boxcars painted orange - alerted everyone along the way that the irresistible oranges from Japan were back again for the holidays. For many, the arrival of Japanese Mandarin oranges signaled the real beginning of the holiday season."

This new tradition merged with older traditions related to the Christmas stocking. Saint Nicholas is said to have put gold coins into the stockings of three poor girls so that they would be able to afford to get married.[7] Sometimes the story is told with gold balls instead of bags of gold, and oranges became a symbolic stand-in for these gold balls, and are put in Christmas stockings in Canada along with chocolate coins wrapped in gold foil.

Importation of these Japanese oranges was suspended due to hostilities with Japan during World War II.[6] While they were one of the first Japanese goods allowed for export after the end of the war, residual hostility led to the rebranding of these oranges as "Mandarin" oranges.

The delivery of the first batch of mandarin oranges from Japan in the port of Vancouver, British Columbia, is greeted with a festival that combines Santa Claus and Japanese dancers—young girls dressed in traditional kimonos.

During Chinese New Year, Mandarin oranges and tangerines are considered traditional symbols of abundance and good fortune. During the two-week celebration, they are frequently displayed as decoration and presented as gifts to friends, relatives, and business associates.